For no reason other than boredom I bought an Acer Aspire One ZG5 notebook for £30 on ebay. I wanted to install FreeBSD on it and with and little google-fu I checked that it was indeed compatible with FreeBSD 11. Auction ended, off I go installing the best OS in the world!

Installation from a USB stick went without hitch. I then largely followed the excellent guide here to get the machine to a reasonable desktop state in about 30 minutes using pkg. I went with the more lightweight XFCE desktop and the little Atom CPU seems to run it just fine. I initially intended to run Window Maker for that good old NeXT feeling but after a while I had to admit that there were a lot of packages that were not supported by the FreeBSD ports team and I needed something a little more complete. Window Maker ran really really fast though so I wish I had the time to upgrade the packages or even become the pkg maintainer for the FreeBSD project.

I added the following tweaks to /etc/sysctl.conf

Unfortunately hw.sdhci.enable_msi doesn’t make the SD Card reader work but it does stop a storm of messages about the controller timing out if someone does insert an SD Card.

The default lid state hw.acpi.lid_switch_state was None so I changed the to s3. On closing the lid the machine went to sleep but upon opening the lid the machine crashed or best case the screen stayed black. Setting hint.apic.0.disabled and adding acpi_video_load="YES" to /etc/rc.conf seemed to fix it but I am not sure why. There is a lot of black magic around the buggy drivers/BIOS/microcode for ACPI compliant hardware.

I added the following to /etc/rc.conf to load the Intel driver and to get the acpi subsystem to work with the screen.

The webcam didn’t work out of the box, to get the system to recognise it I install webcamd and added this

to /etc/rc.conf restarted devd and used pwcview to preview the glorious 320x240 video it generated at about 15fps. I commented out the settings in rc.conf in the end. Who wants a webcam that bad!

Setting up an external display worked with two of my spare monitors. An NEC 17” and an LG (Goldstar) 22”. Pretty seamless as well. 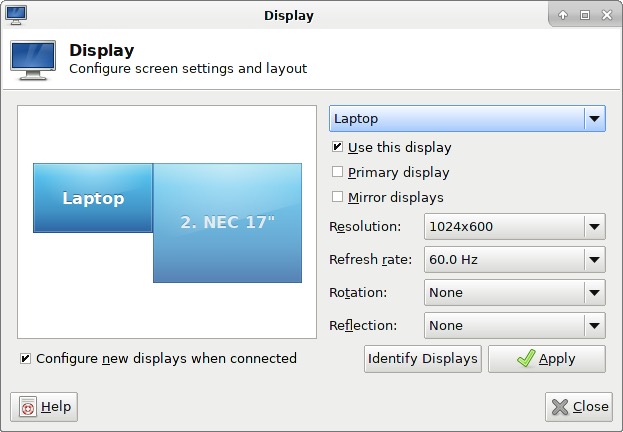 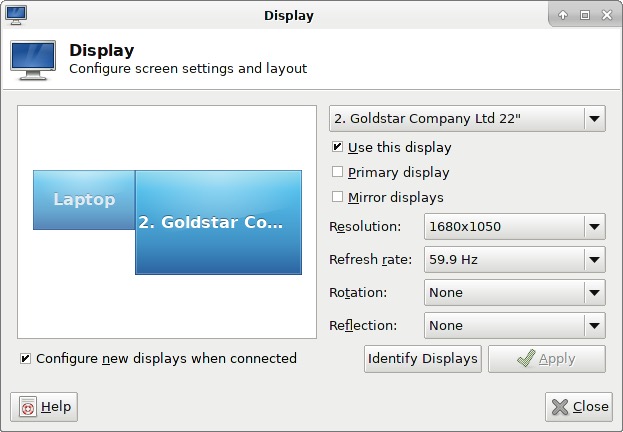 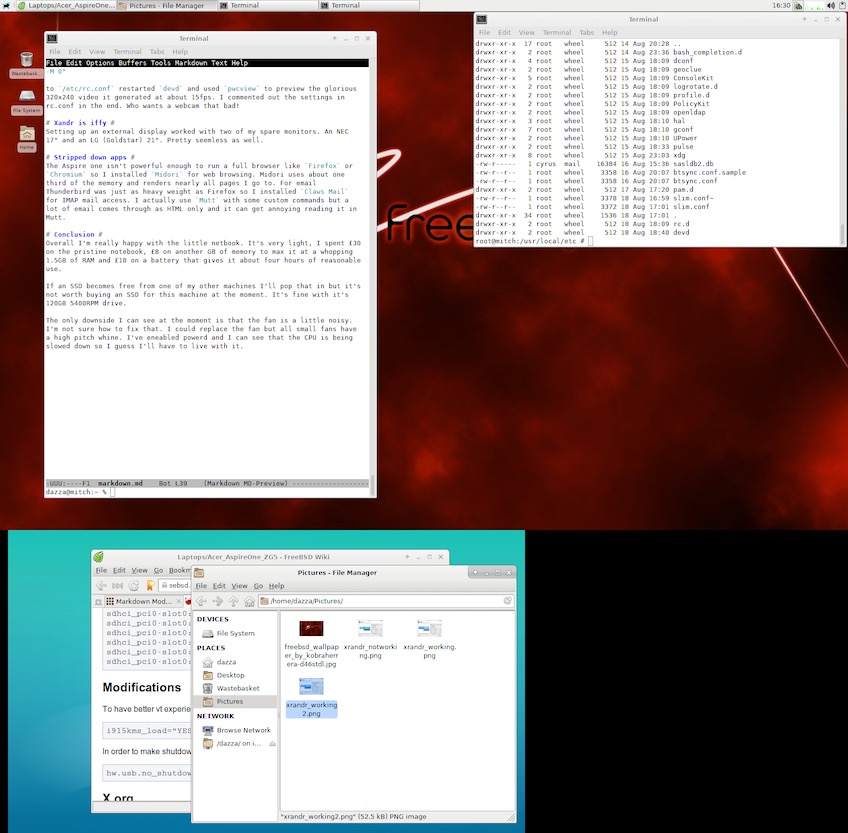 The two desktops, one placed below the other.

The Aspire One isn’t powerful enough to run a full browser like Firefox or Chromium so I installed Midori for web browsing. Midori uses about one third of the memory and renders nearly all pages I go to. For email Thunderbird was just as heavy weight as Firefox so I installed Claws Mail for IMAP mail access. I actually use Mutt with some custom commands but a lot of email comes through as HTML only and it can get annoying reading it in Mutt.

Overall the installation went very smoothly, no crashes but of course a lot of tweaking needed to be done especially around sleep states and the peripherals.

FYI I am running this version of FreeBSD11

Overall I’m really happy with the little netbook. It’s very light, I spent £30 on the pristine notebook, £8 on another GB of memory to max it at a whopping 1.5GB of RAM and £10 on a battery that gives it about four hours of reasonable use.

If an SSD becomes free from one of my other machines I’ll pop that in but it’s not worth buying an SSD for this machine at the moment. It’s fine with it’s 120GB 5400RPM drive.

The only downside I can see at the moment is that the fan is a little noisy. I’m not sure how to fix that. I could replace the fan but all small fans have a high pitch whine. I’ve eneabled powerd and I can see that the CPU is being slowed down so I guess I’ll have to live with it 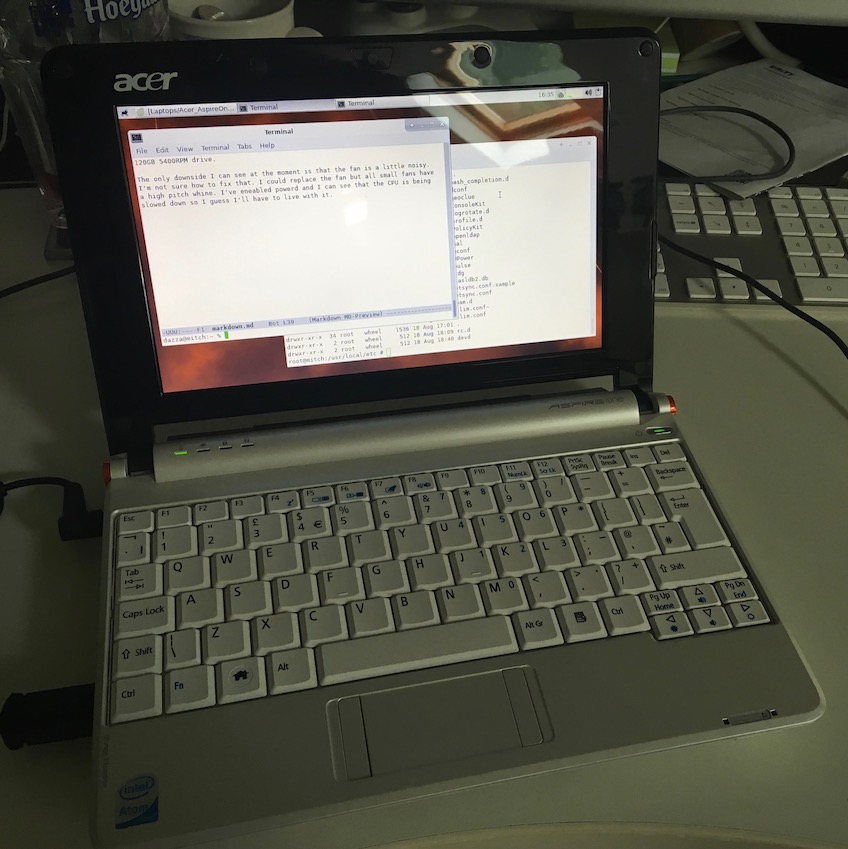 Hope this helps someone else who wants a small, cheap, light weight almost throw away laptop.